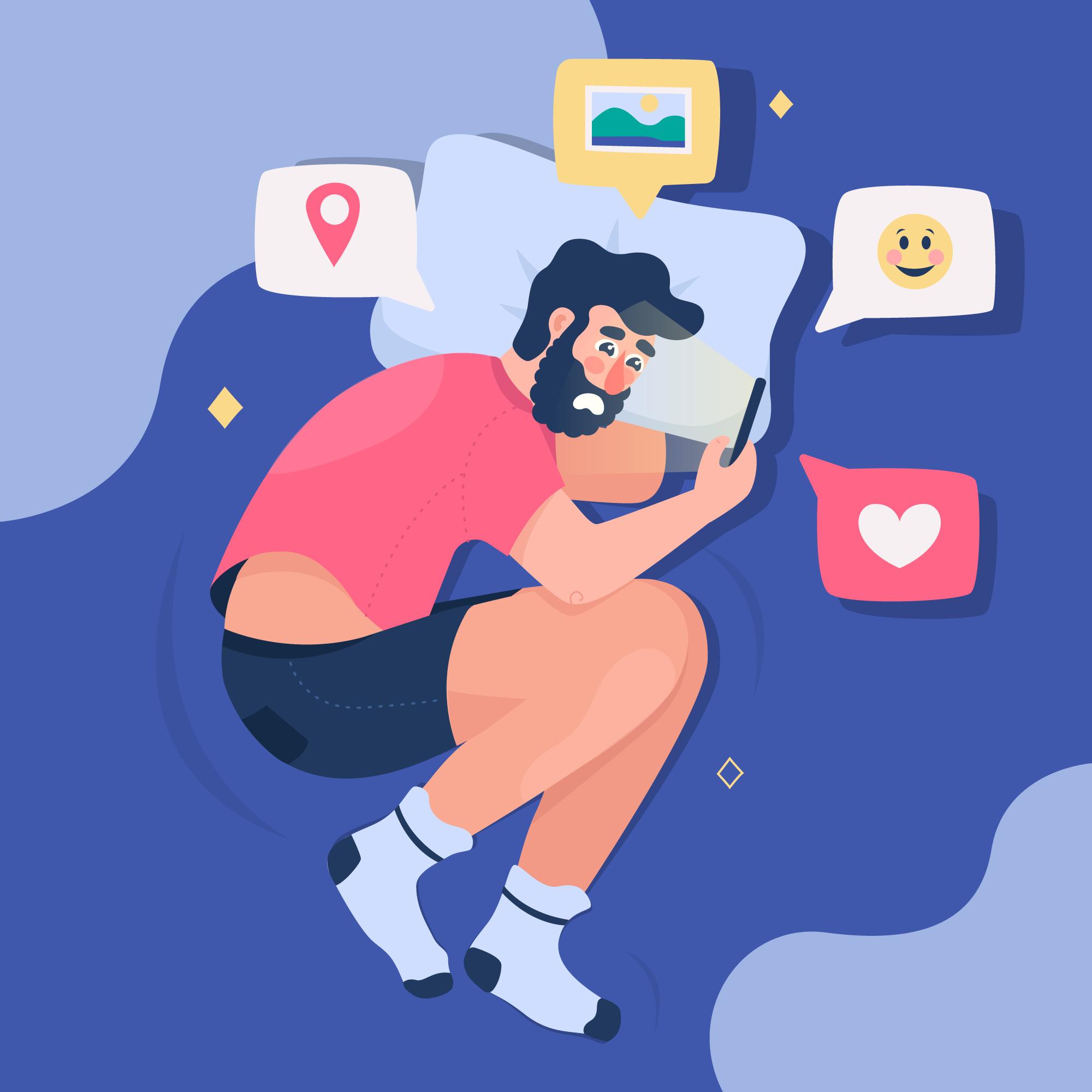 Anxiety, what does the term mean. Technically, Anxiety refers to a mental disorder that makes a person do things opposite to his natural behave, or it triggers the person’s brain which can result in impatience, violence, anger, nervousness, or other psychological problems which can cause harm to the individual.

Well, the question is well-rehearsed and defined. Anxiety in an individual can be caused by various reasons like the person is habitual of someone or doing something, but he/she is kept from that due to some situation or cause. Or if someone wants to resist the way he/she reacts in a particular situation still end up reacting in that manner, for example, getting angry, many people don’t want to yet they get caught by the unholdable counter-reactions.

How does Social Media cause Anxiety to the users?

Today, people rely so much on their smartphones, none less is the use of social media in their lives. People, preferably the younger generation are so fond of social media that a test performed resulted in that out of ten, almost 6 teenagers cannot imagine their life without social media.

Whether it is checking their feeds or scrolling friends’ posts, people are addicted to social media at a great level.

Let’s discuss some of the non-handlable behaviors that are profound in people these days about social media.

1. Posts like - Have you ever tried posting on social media? Ya, what kind of question is that? Everyone does that. But while you post something on social media which is quite relevant to you or your life, like some pictures of yourself or something else you keep a check on, how many likes you are claiming and who is liking them, if your crush is included in the list or not, throughout the day. If you observe a social media addict, she/he cannot prevent herself/himself from posting at least 10 posts per day about his lifestyle and whatever she/he is indulged in at the current moment. Everything is online within seconds from an addict’s side.

Try analyzing if you are one of those frequent posters.

2. What’s new? - Normally people tend to check their social media account feed when they wake up in the morning and before sleeping in the night. Researches have shown that it is having a detrimental effect on the body, both physically and mentally. Since almost 1 hour before sleep you should stop using your phone and almost one hour after waking up you should give time to yourself.

But there is a much bigger problem than this with the addicts, who naturally feel restless when they have to remain away from checking their feeds, this type of Anxiety can cause a person not to stay away for even 2 minutes from their social media account, and they again get back on scrolling. They like to look upon what other people have posted and then compare themselves to others, which in turn kills lots of time without them knowing.

3. Meme checker - People tend to check memes over social media. They get engaged with them so much that they start visualizing things and relate the statements made with their lives. This makes them more upset and depressed about ordinary situations in life.

Mostly this meme thing can make them imagine things that are not actually happening to them but in case they are experiencing the same, they feel more devastated and hurt. This procedure basically follows in the case of teenagers since having an age of constant hormonal changes, still remaining neutral is a mere task to accomplish.

Also, one more aspect of memes is tagging your peers that relate the same, and this way, the conversation starts among peers in the comment section that can be encountered by anyone outside the circle, in the whole procedure lots of time is wasted as they all keep on checking that if the replies are out or not.

4. Gamers - Now, Social media has introduced this new feature, social media gaming, where you can play basic arcade games and compete with your friends. As everyone knows that games are the best time killer ever known, and when you are addicted, then you can never keep yourself off the competition among your friends or other people.

When it’s social media gaming, then no time bar can be put as using social media has been put in the necessities of human beings.

So the conclusion is that you can waste your time the much you desire.

5. Has someone texted? - The chatting feature on social media had been introduced so that the people could have a detailed interactive chat about topics they need to talk about or exchanging information.

But now chatting over social media has become a fashion as you are allowed to talk to as many people as you want at the same moment.

This makes people restless, and they actually feel crazy about checking the messages from time to time as they are so much interested in talking and sharing things with people they like.

Hence the deduction that can be announced is that everything is good when the use is limited to the requirements. You are allowed to use social media for entertainment and joy, but yet you need to know the difference between addiction and interest.

Because if you violate the privileges you are getting, the outcome will destroy your life.