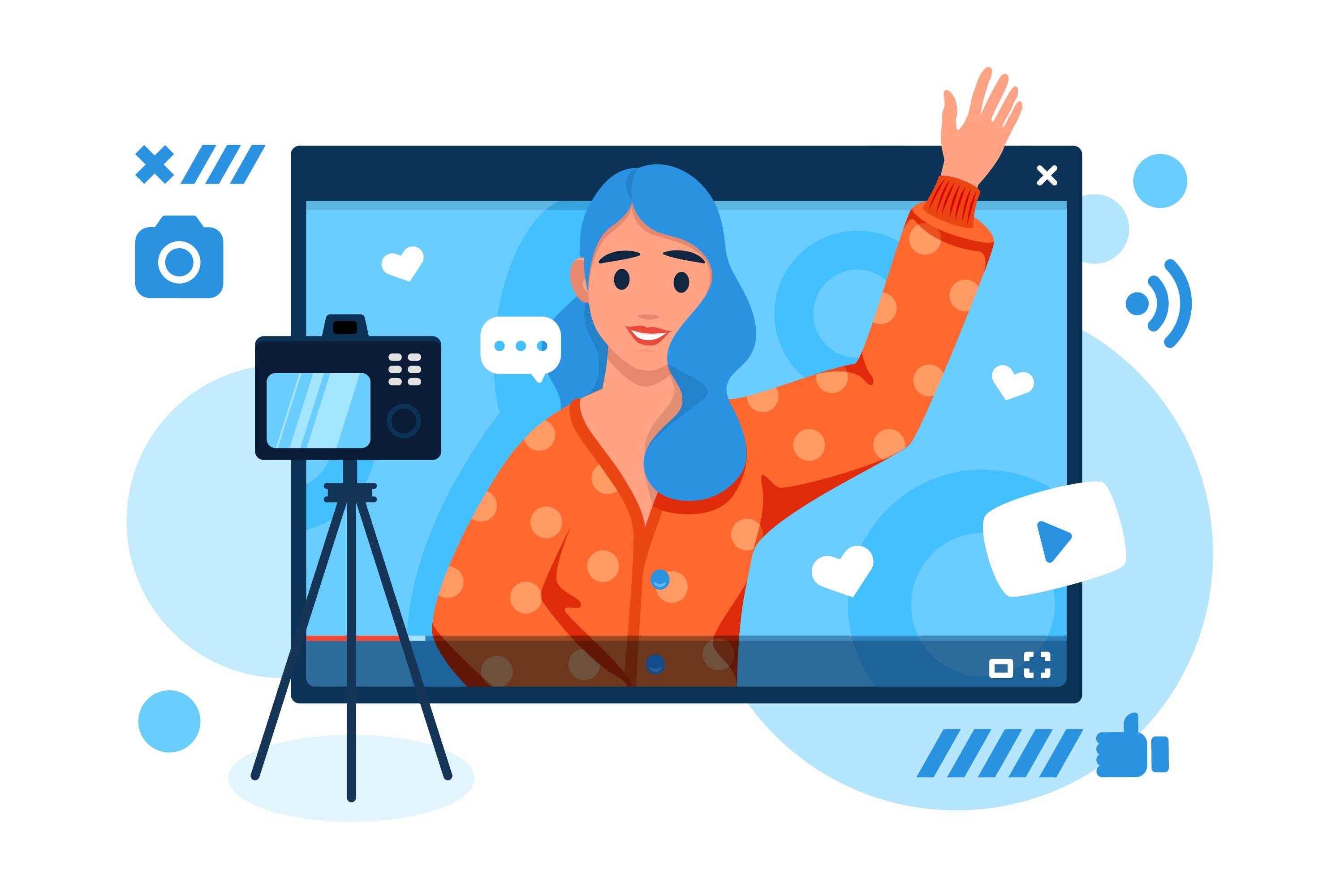 Not just a trend, but Short Videos have become a culture in this Socially influencing era. Even the mid-age and old-generation are pursuing this might-be-long-term culture vividly. This culture is not only being depicted in words, but it’s worth looking at its statistical measures also, which only shows a rapid growth in the world's population engrossing themselves in it.

Studies have found that almost 96% of the world’s population raised their online video streaming consumption in the year 2020. Keeping up with that, when a survey was executed, the conclusion was that every 9 out of 10 people wanted to watch more videos.

In fact, in the year 2021, it was found out that the growth of audience video streaming became wider and analytical assumptions convey that an average person spends around 100 minutes of his day watching online videos.

Some might say that this is the effect of COVID-19, these factors growing immensely. Undoubtedly, the virus is one of the core reasons people are engaged in online videos, but it should not be left unaddressed that this culture was already adopted before the deadly virus crossed our way.

People are inclined towards Instagram reels and TikTok videographies for too long that it is becoming more challenging for them day-by-day to depart this ultimate track of wasting their time and internet.

Though, Short Videos Trend cannot wholly be thrown into the time-wasting pit. There are also some major beneficial aspects that can be considered if it’s about ‘what the audience gains.’

Let’s get an overview of both the pros and the cons.

The Pros & Cons of The Short Video Culture:-

1. Binge-Watching - This might be a common slang among the general audience, ‘Binge-Watching’. Basically, it refers to people watching something in their spare time, their breaks or while eating, maybe on weekends, just to pass the times they are not obliged to do anything.

But does it really help? It is okay to do your favorite hobby in the meantime; rather this Binge-Watching actually kills your time. That is so because if you are started with an episode of any series, and you have developed an interest in it, then you don’t even know, but you tend to spend an entire day watching it whole, and all the essential tasks and hobbies are left with unpaid attention.

Hence, either you regulate your watch-timer for these short videos, or it would really turn into a big Con for you.

2. Entertainment - What’s a life without entertainment, right? Everyone needs some crisp in their lives, and if it is not there then people tend to go for some online video surfing. Since short videos are technically short, so they have also become a good source of entertainment for those who are only interested in something instant.

For example, some people are only interested in watching dance whether some want something funny, some may be there for something inspirational, or some are there because it is enacted by their favorite artists.

Therefore, it is a good aspect that these videos are becoming the mini source of Entertainment for people looking for short-term entertainment, so this is definitely a Pro unless they get the overdose of this mini entertainment package.

3. Education - Can short videos educate someone? Indeed, they can. Since short videos are a free source of information available to everyone, therefore, people can use them to educate others. For instance, professors can make small videos describing one or two topics to brief the students. One can make informative videos regarding different lifestyle topics like food, travel, places, and much more, which is independently known as Vlogging(Video+Blog).

The conclusion is, the short video culture is not just good for entertainment but also for spreading information instantly.

4. Stress Killing - People should take breaks from their all-day working routine at regular intervals. This decreases their work stress and provides them with a keen boost for completing their tasks earlier with confidence. Also, watching something while you are under stress can be a great distraction for you from your problems for a while and lighten up your mood. In turn, this stress-buster trick can help you think calmly about your problems’ solutions.

So, as a stress-busters, short video culture is a Pro.

5. Unauthentic Content - Being a short and spontaneous form of entertainment that can be viral easily, short videos are becoming popular. Still, no one keeps track of whether the content shown is authentic or not.

The audience is happy about getting the resources without being concerned about their authenticity, nor is the circulating platform the video is posted on.

When the primary concern is, this posting medium has the fastest rate of being viral out of all others.

As there is no real-time checker, this is a Con.

6. Offending or Irrelevant Content - As described above, Short Videos are an instant viral medium that takes only seconds to get viral and reach all the users.

Hence, there is no dynamic judgment about what’s being posted is offendable or not. Since different users belong to different regions of society, it already gets harder.

Therefore, this culture can be an excellent means of influencing or offending different parts of society and provoke foul initiatives from people.

Since the population of Short Videos watchers has acquired a massive growth ever since the feature was launched. And there might be more Cons than Pros of Short Video Culture today, however keeping in knowledge, technology is also evolving rapidly, and this evolution can later turn all Cons into pros.